After much research - and at long last - I'd love to introduce you to my great great great grandparents William R. R. HUSKETH and his lovely wife Lincy Ellen Mariah WILSON. 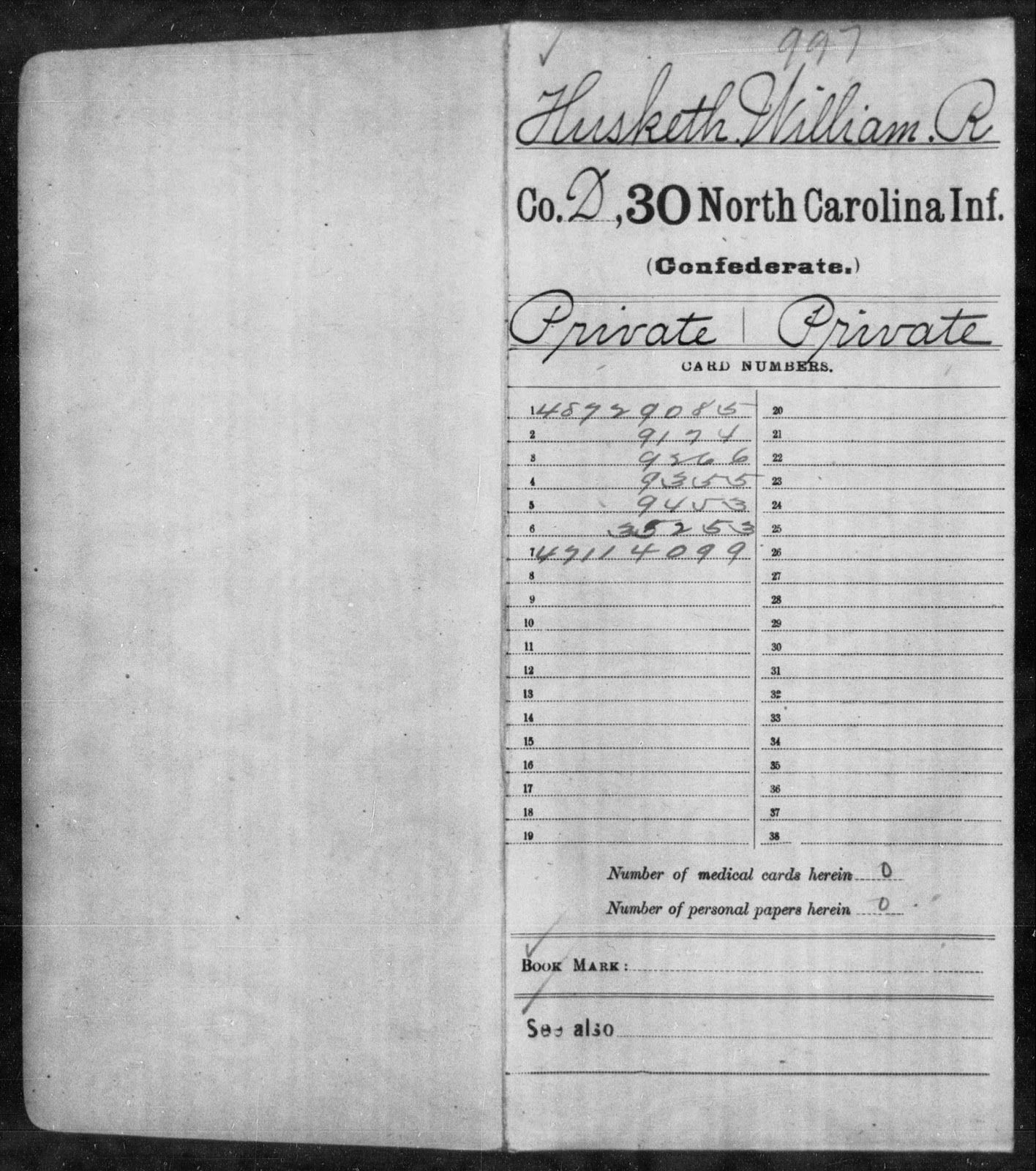 William lived in the Beaver Dam and Cedar Creek areas of Granville County until he enrolled in the Confederate army on August 10, 1861. He served in Co. D of the 30th Infantry Regiment. He was likely a little older than most when he enlisted at the age of 44.

Once the war was over, he did not return home to his family in Granville County. The 1880 census finds him in Jacks Creek in Yancey County, NC married to Rhoda Mayfield. Rhoda was nearly half his age. I can't find any evidence of a divorce from his first wife, but need to do much more research.

At the moment, it appears he left his first family when he enlisted and never returned to them, although a cousin has a letter indicating he was regretful about not seeing his children with Lincy. I've read that it's possible Lincy died around the time William entered the war, so there may a connection.

William and first wife Lincy had the following children:

William and 2nd wife Rhoda MAYFIELD had the following children:


I am sure there is way more to this story than I know currently, but stay tuned and I'll be sure to update you with any juicy details that may come my way!