How it is that I got one answer but it led me to about 1000 new questions? Is that crazy?


I received news of my mom's blood type. The news is bad. She doesn't match.

It's not possible for two O parents to produce an A child. Unless they're mutants, which they aren't. This means one or both of my parents are not my biological parents. Now, everyone keeps reminding me what an awesome childhood I had, so what does it matter, blah, blah, blah.

Yes, I had a great childhood and as I keep saying, I will love my parents until the end of time.

Can you imagine what it might be like to discover in mid-life that the one constant you would have forever is now a mystery?

I've lived a great life, but like all lives it's not been without it's bumps. All the usual stuff, such as crazy teenagers, divorce, cancer. Now this. Now I discover my parents are UNKNOWN.

I don't come from the type of people who have unknown parents. But...guess what? I do!

One of the following 4 things will become my new constant:

1) NPE. Non-parental event. (Is that a cold term for the matter or what?)
2) Adoption (birth certificate faked, family member got in the "family way", etc)
3) Switched at birth (these words still make my head spin)
4) Sperm donor. Really? In 1959?

So I'm seriously chasing the DNA matches to see where they lead me. One in particular is intriguing...a FIRST cousin. Problem is he has a fairly common name but heck he is a FIRST cousin AND is of Jewish descent. So I'm bugging total strangers to help me with a mystery that isn't even theirs.

Just call me the "BULLDOG". Cause that's what I'm gonna be until I get some answers!
1 comment:

I've been anxiously (and impatiently) waiting for my mom's medical records to show up in the mail. I ordered them from 3 different places.

Today, WakeMed called to ask a few questions and said they'd be mailing records including her blood type TODAY. They wouldn't give me the blood type over the phone, dang it.

I might know as soon as TOMORROW if Mom is potentially my biological Mom.

If she is A+, then I can at least leave her on my list of potential biological mothers. If she isn't, she falls off the list and I'm in a bigger tizzy than I am now, but at least I'll have a definitive fact. Right now, definitive facts are in mighty short supply.

In the meantime, enjoy Carly's blast from the past. I was 12 years old in 1971 and in middle school at Jacksonville Junior High School in...where else...Jacksonville, NC. I wasn't allowed to listen to Rock and Roll but would sneak my little transistor radio into bed with me and listen to it under the sheets. WKIX in Raleigh. Now THERE is a blast from the past!

My beautiful and wonderful friend Cyndi pointed me toward this really cute two minute animation on how we get our DNA.

Perfect for beginners and for those of us who get things scrambled in their head and need to come back down to earth (ie real science).

Check out my little buddies below by clicking here. 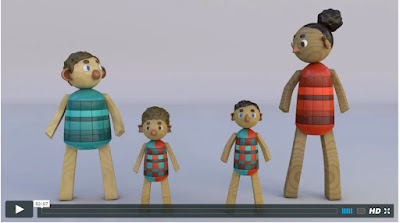 Read a Book: The Stranger in my Genes 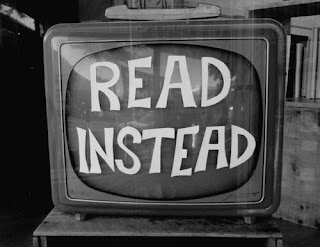 My DNA quandary has led me to read books and watch TV shows that never would have caught my attention otherwise.

TV. Really. I can take it or leave it. I usually leave it. I almost always regret whatever time I've spent watching TV. It rots the brain, you know. I have enough issues in that department.

On the up side, I've just finished an excellent book entitled The Stranger in my Genes. It was a short but powerful read  by Bill Griffeth, the financial wizard who leads us through the finance news each day at 3pm on CNBC just before the closing bell.

Who knew he was an amateur genealogist?

AND who knew he experienced a great DNA surprise similar to mine? Bill discovered his dad wasn't his dad. He explains the emotions and process a thousand times better than I ever could.

Bill drives home the point that if you must have your DNA analyzed, you should be prepared for the results, whatever they may be. DNA is science. It's real. It does not lie or tell stories. It doesn't care if it turns your world upside down.

Have a read. Especially before mailing off your DNA test. 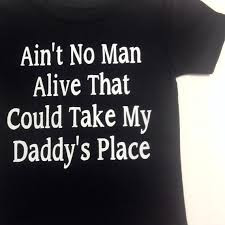