DNA and a Crisis of Faith 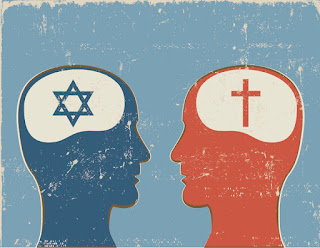 I was raised in a very conservative, very religious home.  As Christians, our lives literally revolved around the church. As my mother used to say to my father "we're at church any time the doors are open". And that was true.

Both of my parents served as Deacons and Elders. My mother, at a time when it was unusual for a woman to serve in those positions in a church, was very proud when she was appointed an Elder. You'd have thought she'd been elected President.

Once I went away to college, I latched onto my freedom like I was drowning.  You can probably imagine the scene. Utter chaos.

Fast forward 35 years -  I've floated in and out of church, church-hopped, even explored other faiths. I've always been intrigued with faith, in general. It is fascinating to me. Most of my ancestors are Baptists down to their very core. My early ancestors were Quakers. What a beautiful way to live!  I've attended Catholic services and marveled at the tradition and beauty of the faith.  I understand the Muslim faith to be just that - a gentle, peace-loving faith.

I've read a great number of books about Judaism and am stunned by the persecution and resilience. I'm particularly drawn to art and museum exhibits around Judaism. Always have been. Now I know why.

Because my biological father was Jewish.

We're finally getting to the point of this conversation. I was raised Gentile but Jewish blood flows through me. I felt it but didn't know what to call it. It's kind of like looking for your glasses only to discover they are on top of your head. I have no plans to convert. But I am so drawn to the Jewish culture, I may adopt it in slivers. Is it wrong to use the culture as a buffet of traditions? Probably.

I'm wondering what others did when they discovered the greatly unknown flitted around their DNA - whether it's a faith, a culture, or just another geographic dot on the map. Did they embrace it or ignore it?

DNA testing. The gift that keeps on giving.