Veteran's Day reminds us to honor those who served and sacrificed for their country. We should also honor the families, as they sacrificed in their own way to love and support their loved ones in the military. I am acutely aware of these sacrifices, as I am the child of a career Marine. I was born and largely raised on a military base.

I come from a long line of men who served their country.  I have direct ancestors who served in Vietnam, Korea, World War I, World War II, Civil War, and the Revolutionary War. I am proud of each of them.

The smiling fellow to the left is my father, Carl Donald STANCIL. He enlisted in the US Marine Corps in 1947 at age 17. At age 21, he was seriously wounded in Korea during the Battle of Pork Chop Hill. He retired with disability in 1973 due to Marie-Strumpell Disease and near total deafness. He went on to serve another 20 years with civil service, thereby proudly serving his country for over 45 years.


This is PFC Jesse Roland STANCIL, my father's oldest brother. He enlisted in the Army at Fort Bragg, NC on April 8, 1943 and served with the 157 Inf. 45 Inf. Div. He landed in the Anzio Invasion and fought up the "boot" of Italy with Co. I. Jesse was killed in southern France on October 21, 1944. He was initially buried in France, but the family brought him home after the war and he is now buried at Montlawn Cemetery in Raleigh, NC near his parents.

This is my grandfather, Jesse Bernard STANCIL. He served in the Army for a little less than a year enlisting July 22, 1918 until his honorable discharge May 15, 1919. Like his son (above), he fought in LeHarve, France. He was with Company B, Conv. Cr. Tr. Cr. at Camp Lee, Virginia.

He was likely drafted as his draft registration card was signed June 5, 1917, about a year prior to his enlistment.

All four of my paternal great great grandfathers served in the US Civil war in the Confederate Army. All of them survived the war.

My 3rd great grandfather, James JOHNSON, served with Company I of the 24th Infantry Regiment NC. Sadly, he was killed at Sharpsburg, Maryland on September 17, 1862. The ultimate sacrifice.

I am also proud to claim a number of Patriot ancestors:
All of these gentlemen deserve our gratitude for their service. Remember to honor all who served. 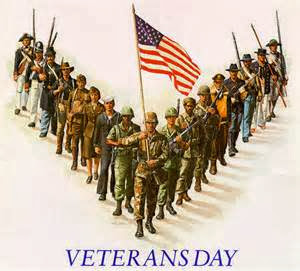