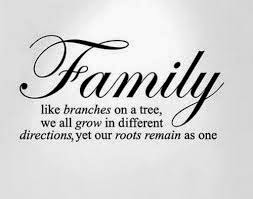 Emily MASSENGILL, my 3rd great aunt, was born July 1848 in North Carolina as the second child of my 3rd great grandparents, Aaron MASSENGILL and Wilsie HARPER. She had two siblings, Mary Ann Rebecca and Bethena Hawkins.

When she was 18, Emily married Moses STANCIL, my 3rd great uncle and also son of my 3rd great grandparents, William Young STANCIL and Elizabeth Sallie MORGAN, on 11 Dec 1866 in Johnston County, NC.

I descend from her sister, Mary Ann Rebecca, who married William Stancil, a brother of Moses. Two sisters married two brothers! AND...each of them are children of my 3rd great grandparents. How weird is THAT?

Moses served in the Confederate Army along with his two brothers Young Allen and Joseph Stancil. He helped build the Ironclad Abemarle and then fought on it in the battle at Plymouth, NC and until it was torpedoed. He served with Company B, 8th BN of NC.

Moses and Emily had the following children prior to her death at age 36: