The Korean Conflict (war was never officially declared) is often referred to as “The Forgotten War” because of the lack of attention paid to it by history.

Carl Donald Stancil was 21 years old when the 2nd Ordinance Battalion, 2nd Marine Division boarded the USS Okagogan in San Diego bound for Inchon, Korea.  It was an experience which would almost kill him.

A series of severe cutbacks had been ordered by the Truman administration after WWII cutting the Marine Corps from about 300,000 to about 27,000. Much of the Marine's land and amphibious equipment had been sold off, scrapped, or given to the Army.  By the time of the Korean “conflict”, the Marines were hastily re-equipped with aging landing craft and other necessary equipment.  We were just barely equipped to participate in the Inchon invasion.

Daddy landed in Korea on September 21, 1950 and immediately participated in the capture and securing of Seoul. Between mid-October and mid-December 1950, he participated in battles at Womson, Hunquam, and the nightmare of them all…Chosin. 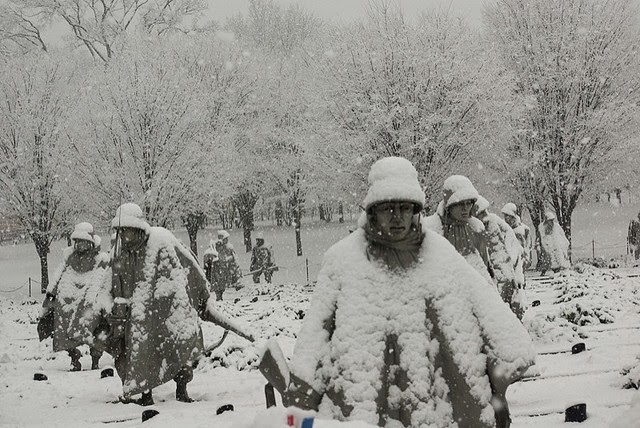 The Chosin Reservoir is a man-made lake in northeastern Korea. The terrain is mountainous and a severe cold front descending from Siberia dropped temps to 35 degrees below zero at night for weeks at a time. The Marines were on 100% alert, fighting 24/7 on very little sleep and frozen c-rations. Dad would tell stories of being unable to remove his boots in the cold because the leather would freeze and he would not be able to get them back on. He even told us that when he, umm…had to potty…it would freeze before it hit the ground. Of course, that’s not how a salty Marine would say it, but I’m sure you get the visual.

The 2nd Marine Division was completely surrounded by the Chinese (who McArthur had earlier said would not be a bother…). Scant supplies were parachuted into the Marine camps. There was not enough food or clothing. The men had to stuff their boots with newspaper to prevent frost bite. Dad came home with frost bite on all 10 toes and several fingers, in spite of the newspaper.

Many Marines ate their frozen food by sticking it on their bayonet like a Popsicle, which gave them dysentery. Just what they needed…an upset tummy in 35 degrees below with the Chinese just itching to kill you while you attended to business.

Even with the misery and horror, there were a few amusing moments. Like when an air drop gifted the Marines with thousands of condoms (instead of food).  That got a laugh or two.

Humanity paid a terrible price at Chosen. After 13 days of relentless battle, 719 Marines were KIA, 192 were MIA, and 3508 were wounded. One of the wounded was my dad.

On April 23, 1951, a concussion grenade exploded and knocked him off a tank. Shrapnel sliced open his head from his right eyebrow to just behind his right ear.  His skull was fractured and his jaw lacerated.

His family in Raleigh was notified by the American Red Cross that he had been wounded. He was evacuated to Yokusuka, Japan and then to San Francisco where he underwent a frontal craniotomy. Metal plates were placed in his head where he lost bone fragment. He was moved to Travis Air Force Base enroute to the US Naval Hospital at Bethesda where he remained hospitalized for 4 months.

Daddy was diagnosed with PTSD a year later after reporting nauseating headaches, dizziness and recurrent combat dreams to his physician. 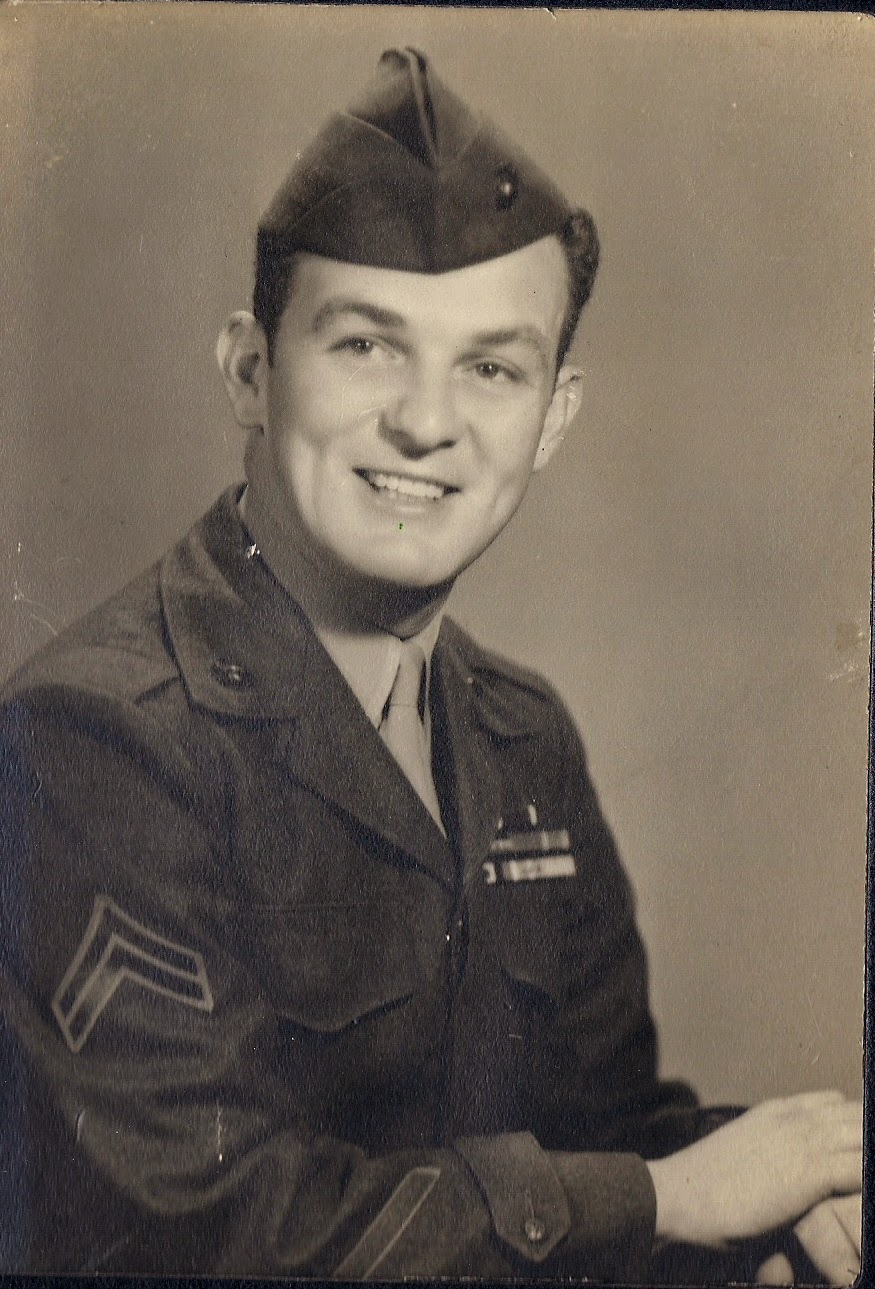 He went on to serve another 24 years in the Marines. He was awarded the Purple Heart, the Korean Presidential Unit Citation and the Korean Service Medal for his service in Korea.

It is inconceivable to consider the misery and death that occurred during this “forgotten war”.